Not long ago, in the Spring term, I saw the opportunity to go down to Wales to trial for the Wales RL u16 side. With help from a combination of Elmbridge’s and London Broncos coaching staff, my Dad then contacted the head coach for Wales and I was invited to take part in trials. Two trials later, I was selected for the final 30 man squad. Since then, I have attended a Wigan Performance Camp, where we had a great experience with Wigan Warriors, and playing there u16 scholarship side. A weekend later, there was a first international fixture against Scotland u16s, where we won with a convincing score line of 70-0. On the 1st of September, we then played England u16s, which was a huge test for the boys and a great experience personally. I played the full game and scored our only try in the last few minutes during a 26-4 defeat, with Englands’ greater conditioning seeing them pull away in the last quarter of the game, after trailing only 4-0 at half time.

Since I was 4, I played Rugby Union week in and week out, and still play it to a high level. I always knew about Rugby League, and watched it occasionally with my dad being from Leeds way, I was brought up with the game in mind. However, at around 12, I discovered a love for the game. A love for watching the Super League and the NRL every day, but most importantly, a love for playing every week at Elmbridge Eagles with friends. It is not only a sport which develops you physically and enables you to be healthy in life, it gives you life long friends, life long experiences that you will never forget and develops certain skills that every man and woman need in life.

For anyone who is thinking of getting involved in Rugby League. I hugely recommend giving it a go, it will serve you well and those experiences that you will have will be greatly remembered. 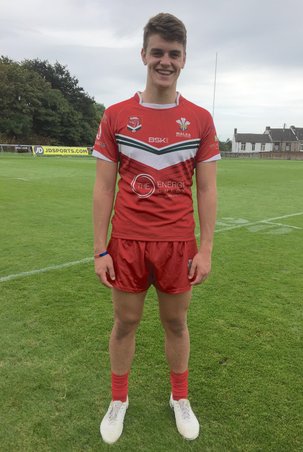