Last month Elmbridge Eagles entered players at the Under 7, 9 and 11 categories in the recent London Foundation Rugby League primaries Festival held at the Hive in London.

All players and their parents had an incredible day at the festival, as the Eagles played against other teams from all over the country. The festival was then followed by being part of the Clubs annual trip to the Challenge Cup Final at Wembley. Players and volunteer leaders from all age groups at the club were present. An added special experience for the young Eagles in the Primaries section was a pre-match parade around Wembley.

Photos enclosed: Coach Howard Dutton prepares the young Elmbridge Eagles in the Tunnel.. before their Wembley parade & a photo of the Under9s team.. 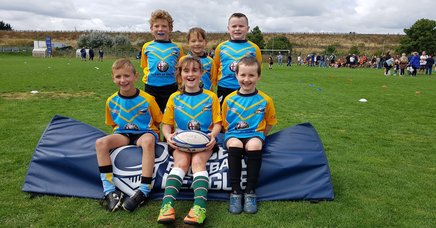 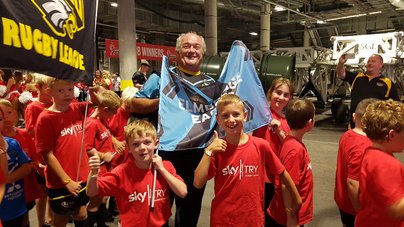